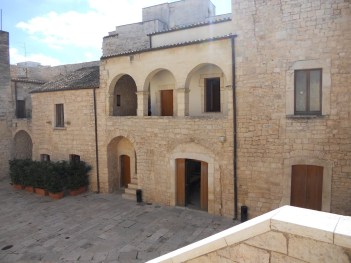 A Spring welcome from sunny Puglia. This month I thought I might introduce you all to the ‘masseria’. If you ever have the opportunity to visit Puglia and take a trip into the countryside, you will see examples of these historic masterpieces.

Masserie (plural for masseria) were primarily built between the 16th and 18th centuries, when Spain, which at the time ruled over Southern Italy, granted the local nobility license to repopulate vast inland areas that had often been abandoned. A masseria was basically a large farm inhabited by the landowners and included lodgings for the peasants working the land, stables, and warehouses for forage and crops. Around the original building, a tiny village would slowly develop. The masseria shares the same outline of the farmyard of Mediterranean tradition. The external walls, without openings, protected against intruders and attackers and also provided a defence against possible robberies. One large entrance way, blocked by a sturdy door, allowed access to the large yard for both carriages and freight wagons. Inside the walls it featured a large central space; a courtyard, around which were the several residence and work buildings.

Typically, in terms of accommodation, the building had one or more floors, the upper floors where the Master and his family would live. The lower floors were used for other residential purposes and as farmers’ stores and general stores. Inside the courtyard there were also stables for horses or mules, as well as for chickens, rabbits and birds. Other buildings were used for the storage of work tools and as shelter for the carriages. In the majority of cases, a masseria would also house a chapel.

Masserie have been described as ‘true monuments of the rural culture of Puglia‘. The great shame is that many of them have been simply left to decay. 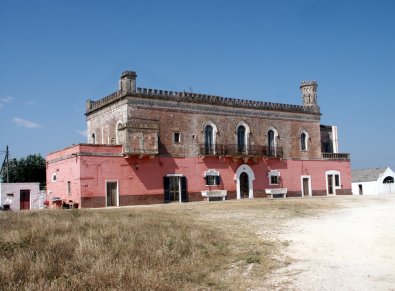 The ‘Region of Puglia’ has acquired an extensive number of these properties (it is not clear how many), as has the ‘church’. I assume the reasons include; demise of the owner, in lieu of tax payments, bankruptcies, etc.

In 2011 a sample of 34 buildings of particular historical interest and of architectural significance were identified as potential tourist attractions. I don’t know if this liberating of culture was actually implemented though.

The whole issue of historical land ownership seems like a bowl of spaghetti – almost impossible to unravel!

A newspaper article written in 2011 recorded that the ‘Puglia Region’ has on its books, almost 25,000 hectares of land; 4000 farms, 1770 kms of roads, 82 km of aqueducts, a number of forests and 3000 houses The actual ownership of these assets in many cases, is unknown. This is because ownership in the early years wasn’t formally recorded!

I also know that the historical artefacts in some of these properties have been stolen (carved architraves, gargoyles, statues, doors, windows, flooring, mantelpieces, tiling, etc). In many cases, therefore, the richness of Puglia’s cultural history has been and is being lost through abandonment and decay. Local stone was in abundance and was used to build substantial dwellings for all. The stellar ceilings, barrel ceilings, thick walls, stone floors are common place. (I have include pictures of our home as examples).

Many of these masserie were abandoned in the late 19th century and early 20th century as they were oversized for modern living and the idea of a tied farming to help manage the farms was no longer necessary or desirable. 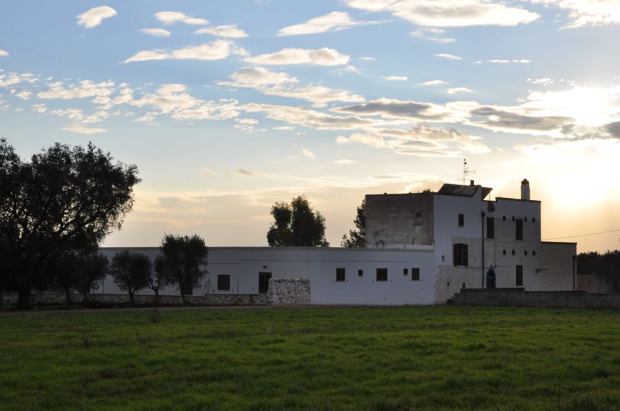 The good news is that many were also salvaged and lovingly restored as commercial investments, such as hotels, spas, and restaurants. I am sure they all display some of the antiquities that defined their heritage. A good friend of mine has recently restored a 17th century masseria, Masseria Giulio and is now taking bookings for holiday rentals as well as offering all-inclusive mini breaks, focusing on Puglian wine, food and culture.

We have had the good fortune to eat at several local masserie including, Il Frantoio, which is a real showcase for traditional olive oil production, as well as benefitting from artistic presentation of itself and the dining delights it offers. Masseria San Lorenzo, which is a five star hotel, with a golf course complex, and an enormous swimming pool.

The coastal area between Bari and Brindisi is known as the Masseria coast. We are fortunate to live North of Brindisi and so many of the masserie are within a comfortable driving distance. The Masserie mainly have underground olive mills, which are carved out of stone (of which there is an abundance), much of it lying close to the surface and so is easily utilized for building villas, walls, etc. Large holes were sunk through the bedrock, in which olives were dropped and stored. Enormous millstones were turned by donkeys or horses around the circular stone bases to crush the olives, after which everything was put through the presses, (which looked like gigantic wooden corkscrews). 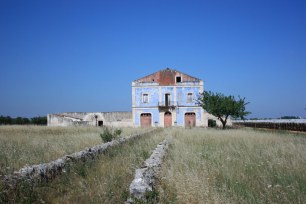 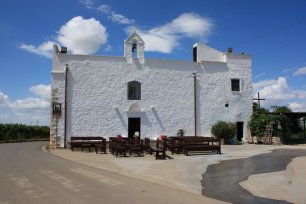 Several Masserie have been made into ’boutique’ hotels, which offer not only great comfort, but also are likely to make your stay more memorable by sharing their traditional produce, such as olive oil, delicious wines, sometimes home-made cheeses and breads & home cooking with home grown vegetables.

Many have outside stone ovens which typically will be heated by mature olive wood logs and produce crispy pizzas covered in toppings in abundance of your choice such as vegetables, cheeses, sauces and hams.

There are also ‘organic’, family run masserias as well as the larger ‘chain’ versions. You would not be disappointed if you could find the opportunity to try this form of relaxation and relative luxury. One researcher has recorded over 600 masserias in this Puglia region. Their existence defines much of the history of the region. Unfortunately, he found that over 40% had been abandoned, many reduced to ruins. What a pity!

In our own ‘mini’ version of a Masseria (built 300 years ago), we have been grappling with winter weeds, to clear a way for veggies and flowers. I have just completed the planting of over 200 plug plants and seeds, which will serve us with fresh vegetables throughout the summer. My ‘crop’ includes various types of tomatoes, peppers (red and yellow), aubergines, parsley, lettuces, potatoes, and onions (white & red).

The grape vines have been cut back and other fruit trees ‘trimmed’. I have also added gooseberries, red berries, black berries, raspberries (first time attempt!)

So much to look forward to this summer, including celebrating my 70th birthday!!

Warmest and best wishes to you all.

← What’s Happening in May 2016
Step back in time to relax and unwind: Masseria Cappella →