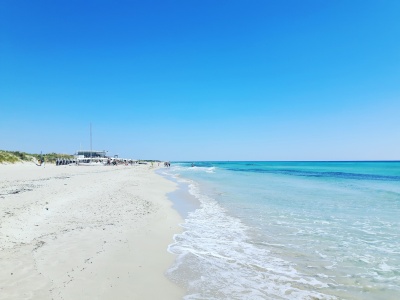 Living in Puglia is like living in paradise; fabulous weather, food, and above all,  ‘meraviglioso vino!‘ So, where does one go for a holiday when you already live in paradise? Puglia of course! There’s so much to see and do in the various regions of Puglia, and the best thing is, you don’t have to travel too far!

Therefore, when my Italian friend invited me to a popular, all inclusive, super luxury resort in the south of Puglia, which coincidently is dubbed ‘The Maldives of Salento’, how could I refuse! It didn’t take long to reach our destination, ‘Robinson Resort’ in Ugento, which is further south from where I live, deep in the heel of Puglia. Prosecco on arrival, even before we reached reception, was a winning touch! And the staff were amazingly friendly. ‘I’m loving this place already!’ I thought to myself. Check in was quick and pleasant, and the porters carried our luggage to our room. Hands free of luggage, we needed to replace the emptiness….. So we headed to the bar for another refreshing Prosecco, well, it is all inclusive so ‘perché no!‘ (why not!). My friend has been to this resort many times over the past 14 years, so she was keen to show me around. Just after we’d finished the tour, we were struck with ‘liquid sunshine!’ Needless to say, the sun doesn’t always shine in paradise but that wasn’t going to dampen our spirits.

Weighing up the options, we headed to the spa. My friend, Ada, had pre-warned me the resort is German owned and that the spa had areas of nudity! I’m not prudish so I wasn’t fazed by this, although I wasn’t wildly excited about seeing middle-aged men and women proudly showing off all of their wears! (ok, I know I’m generalising here but this was the image I conjured up when she told me, and I wasn’t far wrong!). We opted to use the cooler 70°C sauna for women only, rather than the 90°C for those wanting to bare all. Although, no sooner had we stepped out of the changing room in our bikinis, we caught an eyeful! We headed straight to the women’s only sauna and relaxed. I thought it was a little odd that we were the only ladies in bikinis, the other women opted to cover their modest with a small towel, ‘each to their own’, I thought. Then I noticed the large window looking out towards the outside naked spa and pool area. I had to chuckle to myself as my earlier image of middle-aged, mainly men, became a reality and they were ‘pea-cocking’ around outside! Sadly, I didn’t see anyone sporting a figure worthy of my glances, but I had to keep checking, just in case! What a fun and relaxing start to the mini break! 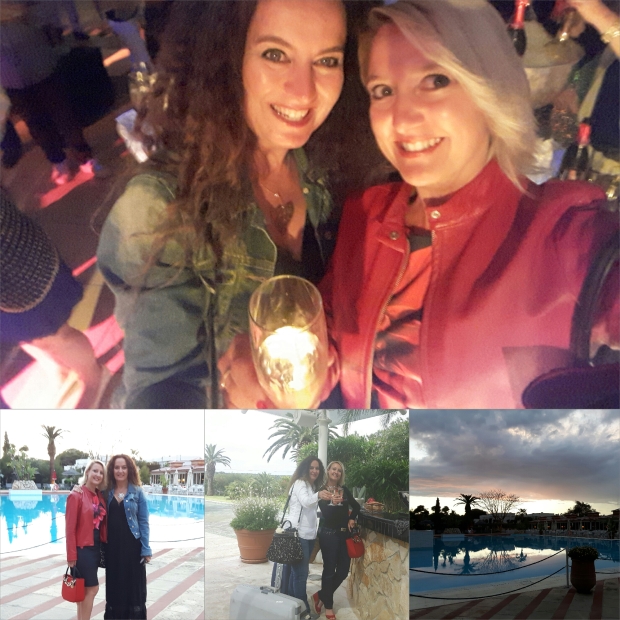 Quick, shower, change, hair and make-up and then we were ready for the gala dinner show and more importantly dancing! Bring on the festivities! It was an exhilarating evening, we danced all night long, just stopping for a quick refreshment of the Prosecco type! 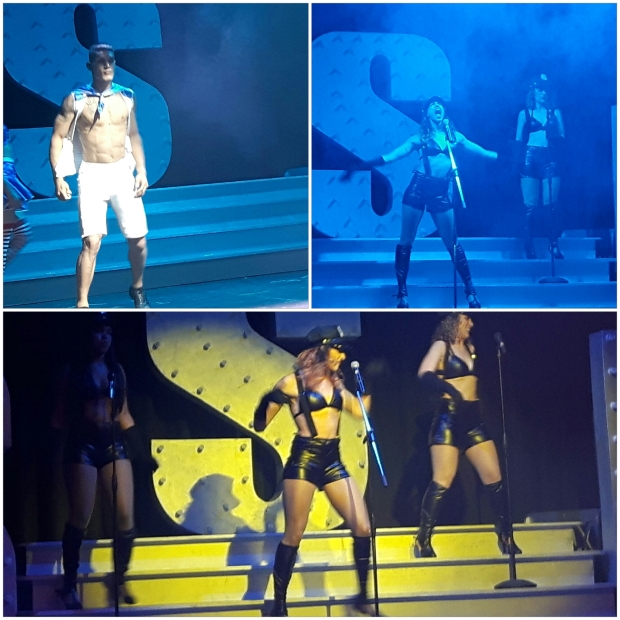 Next morning we were up bright and early, well, the birds started singing their merry song way before sunrise!!! Another grey day in paradise, oh no, what’s going on! But the resort had plenty of activities and we weren’t short of things to keep us entertained! Today would be a day of sport; salutations to the sun at 9am (we hoped this would entice the sun out!), fitness class with weights at 10am, then a change of pace, a cookery lesson with complimentary Prosecco of course, (pizza making, oh, what fun!), then lunch.

By this time the sun had made an appearance so after lunch we headed straight to the beach! Wow, even under partly cloudy skies the sea was breathtaking! Not wanting to stay still for too long, we joined a group for Zumba under the shady trees in the garden. Later that day Ada had booked in for a facial, so I opted to hit the spa again as I felt extremely relaxed after the spa the day before. This was when I learnt that my bikini was offensive to others because it was ‘toxic’ What!?!? I had never heard anything so absurd! An Italian women was deeply concerned that my bikini was making her feel ill because it contained toxins, I was bemused and a little angry as she asked me to remove my bikini or leave. Being British I stood my ground and opted to stay in the sauna, then she got up and walked out! Ah, time to relax! But no, a male member of staff explained it wasn’t permitted to wear a bikini in the sauna, for the same reasons the other customer had proclaimed. What! I don’t believe it. I explained I have been in saunas all over the world and I have never heard such rubbish! I think this rule of no swimwear in the sauna because of ‘toxic bikinis’ was created by the German owners to encourage nudity, lol! After the second visit from the same member of staff asking me to respect the rules, I finally gave in, and after a bit of a tête-à-tête with the receptionist, I returned to the changing room, stripped off and headed back to the sauna. Relax!

Later I asked Google, ‘How toxic is my bikini in a sauna?’. Surprisingly, I couldn’t find ANYTHING to suggest that wearing a bikini in a sauna is toxic……Which goes back to my theory about the German’s rules to get you naked, lol! Many articles stated that toxins from the body are released whilst sweating in the sauna, therefore a bikini or going nude, is a more effective way of removing these toxins. So, the ladies covering their modesty with a towel were actually preventing the toxins leaving their body and my ‘offensive’ bikini was far more efficient at removing toxins. In the end I had to laugh at the ridiculous German rule and share my experience with you!

So, if you find yourself in this situation, you can explain that the toxins are not in the bikini but in the body!

FYI, the rest of the mini break was truly relaxing, and the following day the sun shone all day long, and we just relaxed on the golden sand and bathed in the crystal clear blue waters of the ‘Maldives of Salento’ in our bikinis!!! 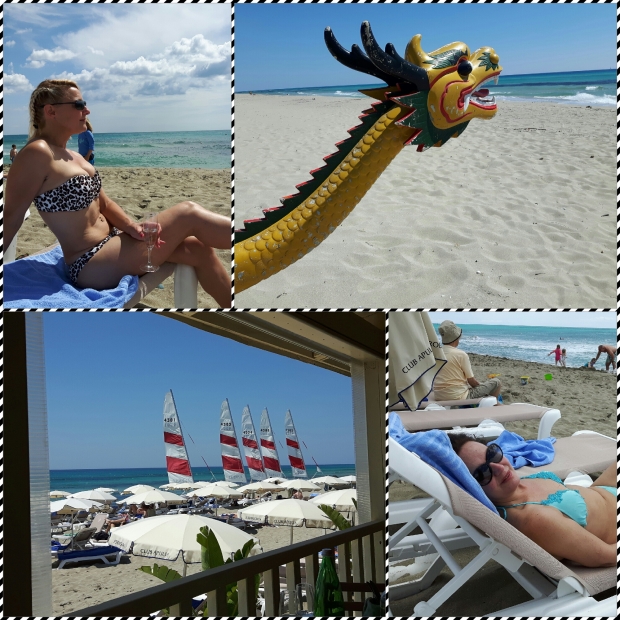 ← Step back in time to relax and unwind: Masseria Cappella
Cantine Aperte 2016 →